Founded in Florence in 1950, as Giunti O.S. Organizzazioni Speciali ( now Giunti Psychometrics) is the Italian leading publisher of psychodiagnostic tests and tools, in terms of catalogue, history and specific market. Giunti PSYCHOMETRICS operates in the sector of psychological assessment, vocational education and training, multimedia and e-learning, consulting and assessment of competencies, developing tools and innovative methods for different areas of application, such as: – clinical: clinical and health psychology, psychiatry and child neuropsychiatry, neuropsychology, logopedics etc – human resources management: industrial and organisational psychology – education and guidance: tests for level assessment, diagnosis of learning difficulties, educational, professional and university guidance The commitment of Giunti PSYCHOMETRICS is to offer tools and services of a really high quality, in terms of innovation, scientific contents and relevance, according to the different social and cultural contexts. In particular Giunti PSYCHOMETRICS can provides education and training, e-learning, consulting in the IT and e-learning field, assessement of competencies, selection and guidance. Concerning ICT, Giunti OS has developed in particular activities and tools, such as: -App -Asyncronic Webinar -Courseware (L.O.) -Virtual Scenarios -Case studies – Problem based learning -Info Graphics -Learning games -Educational Podcasts for trainers/teachers -Web Multiplayer Games -DVD – video handbooks etc… In this regard Giunti PSYCHOMETRICS can develop on line courses and provide e-learning services for project’s purposes. Concerning dissemination and exploitation activties, Giunti will implement them through the a specialized network of linked companies in many countries,: Francia, Romania, Turchia , Russia, Ungheria, Bulgaria , Ukraina, Cile, Cina Giunti PSYCHOMETRICS is part of Giunti Group Publisher (the third italian publisher) and then it will guarantee dissemination and exploitation actions through the Giunti Group network and activies, compunded by: – revenues (aggregate sales) in 2019 > 300 mln – 1100 employees – a catalogue with 8100 active titles – 16 companies – publication of 8 national magazines on different topics (from psychology to archeology, art, childhood etc..) – ‘Giunti al Punto’ – with about 180 bookshops throughout Italy, which provides a capillary diffusion of information and materials. 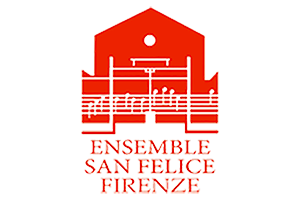 Heliosfero is a music workshop, a combination of a changing ensemble and a music academy, under the artistic direction of violinist Rebecca Huber, based in the Netherlands.

Heliosfero was launched in 2020 as a continuation under a new name of Symphonie Atlantique. Heliosfero Conducts research, performs and teaches classical music from the age of 16e century, always based on historical research and using instruments from the time of composition. All members of Heliosfero’s core group are well-known professional performing musicians as well as music teachers. They each bring their own specialized expertise and inspire each other through collaboration.

The name Heliosfero means “heliosphere,” the solar sphere of our solar system. This refers to the range our music already has, where Voyager probes have transported some world-famous terrestrial musical pieces through space to the heliosphere. The name gives Heliosfero’s mission again to reach out as far as possible to bring the beauty of classical music to everyone. Together, the ensemble and the music academy strive for more , to increase the reach, awareness and accessibility of classical music from the 16th to the 21st centuries around the world.

Whether Heliosfero is performing in a café or at the Royal Concertgebouw, giving face-to-face private lessons to a promising student, or introducing a group of interested young people on another continent to the baroque violin via Zoom, our musicians approach each performance and lesson with the same passion and maintain our standard of musical excellence.

The origins of the town of Opava date back to the 13th century. Opava, an ancient royal town, heart of the Opava principality and of Austrian Silesia later on, has experienced intense and complex economic and cultural development. Lately, the district capital of Opava with its 70 thousand inhabitants has once more attained the status of an important commercial and cultural centre.

It seats a number of scientific and cultural organisations whose importance exceeds the scope of the region, e.g. Silesian Museum, Silesian University, Silesian Institute of the Czech Academy of Sciences, etc. It has also witnessed rapid expansion of banking houses. The beginnings of theatrical performances in Opava go back to the period between 1745 and 1750.

In order to enhance its importance as the cultural centre of Austrian Silesia, the town of Opava built its own theatre. The foundation stone of the Provincial Theatre was laid on May 1st, 1804 and the opening performance was given on October 1st, 1805. The theatre was built according to what is known as Schikander’s model and decorated by the Vienna painter Saccheti. In 1854 the Town Council contacted the Vienna architect Eduard Kusche and ordered designs for a reconstruction of the theatre building which was never performed due to lack of money.

In 1855 only minor repairs of the interior were accomplished and four years later the original oil lighting was replaced by new gas light. In 1861 hot-air heating was installed. Further reconstruction was begun on April 27, 1882. On September 20, 1883 the theatre was opened again. On June 16, 1909 it burnt down. The reconstructed parts and the interior were restored in the style of Louis Seize and were designed by the Vienna theatre painter Ferdinand Maser. This challenging renovation was finished still in 1909. After 1945 the building was reconstructed once more. In 1948 there was another change and the neo-Renaissance exterior had to give way to typical communist architecture, the change being widely criticised by the general public.

After this episode, the building received further extensive adaptations from 1955 to 1957, at the same time when negotiations were launched for the building of the Silesian Theatre to appear on the national list of historic sights in view of its well-preserved interior. In 1986 reconstruction of the stage technique was being prepared when a more detailed survey revealed that the whole building was in need of overhaul. In 1988 and 1989 the Opava Building Society conceived designs for a complete reconstruction of the building including its exterior.

After 1989, namely in May 1990, the pressure exerted by the general public and public institutions resulted in a change in the overall concept of the reconstruction and the building was once more supposed to acquire its original historic face from before 1945. The interior, however, was adapted to contemporary demands.

The latest reconstruction was begun on January 1st, 1990 and completed in September 1992. The overall costs were close to 150 million Czech crowns. The Silesian Theatre in Opava is now active under the auspices of the Opava Municipality.

Founded in 1905, ESME Sudria is a private, non-profit higher education institution located in Paris. The school has over a century of experience in training engineers and delivering the French Diploma of Engineering (“Diplôme d’ingénieur”), equivalent to a master’s degree certified by the “French Commission on Engineering Credentials (CTI)”.

ESME Sudria is a proud member of the “Grandes Ecoles”, France’s prestigious consortium of high-level engineering and business schools, whose students are selected through highly competitive entrance examinations.

We are also a signatory to the 2014 – 2020 Erasmus Charter for Higher Education,  allowing the school to promote and provide support to the international mobility of its students and staff.

All ESME Sudria students must complete a semester abroad in the autumn semester of their 4th year: in addition to cultural awareness, a stronger command of English and of the local language of their country of mobility, this gives the future engineers the global mindset they need to tackle today’s world challenges. Prior to the semester abroad, the School offers students the possibility to follow an “International track” program at the undergraduate level, involving many activities taught in English by native speakers (Mathematics, Physics, interdisciplinary research, conferences and visits).

At the graduate level, students choosing to pursue their studies in the international track will choose between 2 majors:

ESME Sudria has developed partnership agreements with more than 56 institutions across the 5 continents, allowing the development of active incoming and outgoing mobility and contributing to the internationalization of the School and its curriculum. 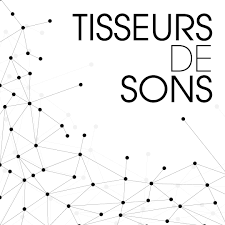 Tisseurs de Sons is a cultural institution specialising in the production of artistic and musical events, at the origin of La Collégiale Musicale.

Virtual Stage
Reference No:2020-1-IT01-KA226-VET-008970
Erasmus+ - Call for proposals 2020.
KA226 - Partnerships for Digital Education Readiness (KA226)
This project has been funded with support from the European Commission.
This publication reflects the views only of the authors, and the Commission cannot be held responsible for any use which may be made of the information contained therein
Copyright All Rights Reserved © 2021